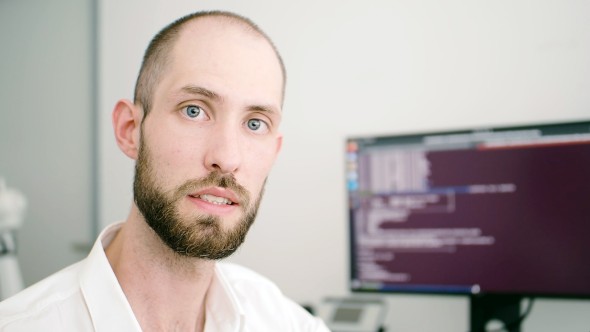 The influence of a solid wall on the structural properties of the surrounding flow is manifested in the form of selectively acting mechanisms such as production and destruction of the turbulent stresses as well as associated redistribution processes. Their computational modelling is the topicality of a perpetual importance, not only from the scientific point of view, but also having a strong practical impact. The modulation effectiveness of the near-wall flow structure is additionally strengthened by the simultaneously occurring heat and mass transfer processes under the conditions of developing non-equilibrium boundary layers and the variable wall surface morphology due to particle deposition, as encountered in engines and exhaust gas systems.

The prime objective of the present project is development of a modelling framework for the computational description of momentum, heat and mass transports in a coupled manner. These processes, taking place simultaneously, cause a formation of wall boundary layers resembling those typically encountered in the flame-wall interaction configurations under moderate Reynolds numbers. Relevant configurations to be primarily considered are those characterized by flow impingement onto solid walls, Figure 1. The latter effects, strengthen additionally through intensified heat and mass transfer, modify significantly the near-wall structure; enhanced fluctuating turbulence activity propagates further into the flow core influencing the flow as a whole. It results, among others, in a substantial departure of the flow properties from the equilibrium conditions; see e.g. the velocity profile development departing clearly from the logarithmic law, Figure 1–right. The phenomena described as well as physical and geometrical complexity of the configurations under consideration make their computational capturing especially challenging. Accordingly, there exists no corresponding model accounting for all processes encountered in the configurations being of relevance for the CRC/Transregio 150. The focus of the present subproject is therefore on development of suitable model approaches aiming at remedying this deficit.

Lack of a comprehensive reference database for the model validation makes the model development increasingly difficult. This motivated a specifically designed flow experiment in subproject A06N (supervised by Suntz and Trimis) enabling a coupled consideration of afore-discussed phenomena. The configuration consists of two confluent/mixing streams characterized by different concentrations and temperatures impinging onto a heated wall. Both impingement angle (perpendicular or inclined) and wall properties (flat or curved; hydraulically smooth or rough; adiabatic or isotherm) can be varied, Fig. 2.

The most important outcome with respect to the models’ development including interactive validation and results obtained within the 1st project period is summarized in the Section “Approach” and illustrated in Figures 1, 3-4. The wall-bounded (non-reactive) flow configurations relevant to IC engines and exhaust systems, comprehensively documented in the open literature, have been primarily handled. Following configurations subjected to boundary layer separation and impingement, accounting for wall roughness as well as for the heat transfer under conditions of variable flow properties have been considered: fully-developed channel flow and convective heat transfer over a Reynolds number range, separated flow at sharp-edged and continuous curved surfaces, thermal mixing of two crossing streams at different temperatures in a T-junction geometry and a flow impinging perpendicularly onto a heated wall. High potential of the newly developed eddy-resolving models can are illustrated by displaying some selected results in Figures 1, 3-4. Their application is here indispensable, keeping in mind that the conventional RANS models, due to their statistical time-averaged rationale, are incapable of adequately capturing the flows subjected to different extra shear rates.

Special attention was devoted to derivation of a seamless formulation of an eddy-resolving hybrid RANS/LES modelling strategy. The subscale model functioning as such in the entire flow domain in this so-called VLES (Very LES) modelling concept is represented by a specifically sensitized RANS-based model; the near-wall eddy-viscosity model proposed by Hanjalic et al. (2004, Int. J. Heat and Fluid Flow 25(6):1047-1051) is adopted and further developed for this purpose, Chang et al. (2015), Krumbein et al. (2017a, 2018a). Key issue is the formulation of the so-called “resolution function” describing the ratio of the corresponding turbulent length scale and the one extracted from the underlying grid (the grid-spacing is, generally speaking, proportional to the largest unresolved scale). Herewith, a seamless transition is enabled from a RANS-model (related to fully-modelled turbulence) to a VLES-related sub-scale model (describes unresolved turbulence scales). In addition, a grid-spacing free eddy-resolving model formulation has been developed (Krumbein et al, 2019b). This model represents a first step towards the modelling activities planned for the second project period (see section “Current work”). Effects of the wall roughness onto the flow structure were modelled by the so-called “discrete element method”, relying on introducing a drag-like term into the equation of motion – denoted as “distributed drag force” (DDF); the relevant “form function” representing the part of the corresponding “drag coefficient” has been obtained by applying a data-driven procedure using the complementary DNS database (subproject B02 supervised by Frohnapfel and Magagnato; see e.g. Krumbein et al., 2017b). In addition, the so-called equivalent porosity method (EPM) for handling the flows over rough walls has also been proposed (Krumbein et al, 2019a). The relevant flow solver based on the Volume-Averaged Navier-Stokes (VANS) equation has been previously validated by computing the flow over a porous wall (the DNS reference database by Breugem et al. 2006, J. Fluid Mech. 562:35-72 has been utilized).

The eddy-resolving model developed within the FP1 period (see Section “Approach”) will be extended to account for the dynamics of the entire Reynolds-stress sub-scale tensor. The computational model will be completed through simultaneously solving the equations governing the instantaneous temperature and concentration fields. Special attention will be devoted to the modelling of the unresolved fluctuating parts of both scalar quantities. Unlike the majority of the scale-resolving models, relevant to LES and hybrid LES/RANS models, which are dominated by the grid-spacing (being directly proportional to the size of the largest unresolved eddies), the presently intended model will be formulated in a grid-topography free manner. A grid-spacing free model formulation brings certainly a number of advantages (we recall here the ambiguities arising from the “volume cell” grid spacing definition in the LES method, or “maximum cell face” definition in the Detached-Eddy-Simulation method), especially in the case of the grid topologies of arbitrary complexity. Further important feature of a model accounting for all six components of the subscale tensor is its capability to account for the anisotropies of the residual motion induced by highly anisotropic grid arrangements. It is particularly advantageous with respect to the near-wall regions, which are typically meshed by strongly elongated grid cells characterized by high aspect ratios. The models will be preliminary validated by computing the configurations considered within the FP1 project period. Afterwards, the model will be applied (implying also a further validation) to the flow configurations which are to be experimentally investigated within the CRC150 project: the confluent/mixing streams characterized by different concentrations and temperatures impinging onto a heated wall (experimentally investigated within the A06N sub project and by means of DNS within the B02 sub project, see Fig. 2) and the flow and turbulence in a towed engine (experimentally investigated within the C01 sub project and by means of a highly resolved LES within the C03 subproject).

As announced in Section „Objectives“ the most intensive cooperation takes place within the CRC 150 group focusing on “Turbulence-Wall Interaction”. The present modelling activities are going to be accomplished complementary to the experiments performed within the subproject A06N (Suntz/Trimis) and to Direct Numerical Simulations representing the topicality of the subproject B03 (Frohnapfel/Magagnato); the description flow configuration to be primarily considered is introduced in the Section “Objectives” (associated to Fig. 2). Accordingly, a comprehensive database is going to be generated comprising all mean and fluctuating quantities taking place within this coupled momentum, heat and mass transport process. In addition the second-moments correlating the velocity, but also temperature and concentration fluctuations will be provided. It should be emphasized, that the capturing of the temperature-concentration correlation represents a topicality which is largely unexplored. Further intensive cooperation is with the subprojects dealing with the flow within a real motor configuration (and its elements, as e.g. “flow-bench” resembling a flow discharging through the intake valve gap into the piston-less cylinder). The cooperation is twofold: with respect to a computational campaign of the experimentally investigated cases representing the topic of the subproject C01 (Böhm), but also on a turbulence modelling level (including also the methods for synthetic turbulence generation) with the subproject C03 (Hasse/Sadiki). A number of computational projects uses the code OpenFOAM® as a numerical platform (as for instance in subprojects B01 and B08N); accordingly there is a high potential for a relevant cooperation concerning numerical algorithms.