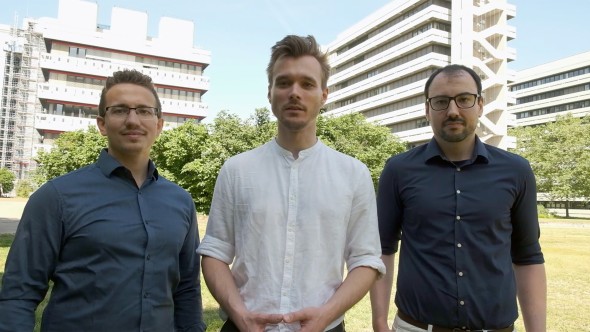 A chemically reacting system in the gas phase, in particular at higher temperatures, consists of a large number of so-called elementary chemical steps, which, in their entity, form the chemical reaction mechanism. For any reasonable modeling of such a system, an adequate reaction mechanism has to be set up and provided with kinetic and thermodynamic data for its elementary chemical steps. These data, including their temperature and pressure dependence, are often unknown or known with only insufficient accuracy. The subproject B04 aims at the determination of such data and the development of reliable reaction mechanisms or important parts of them (submechanisms). The two major reaction systems relevant for the CRC/Transregio are considered namely, the combustion of selected alternative fuels and the thermolysis/hydrolysis of urea.

Chemical mechanisms are to be developed for both the combustion of selected alternative fuels, including the formation of pollutants, and the thermal decomposition/hydrolysis of urea, including the formation of unwanted by-products. The most influential elementary steps in these reaction systems are to be identified, and their kinetic and thermodynamic parameters are to be determined. Sufficiently large ranges of temperature and pressure have to be considered with particular emphasis on conditions typically occurring near walls of the corresponding technical devices namely, engine cylinders for fuel oxidation and the exhaust tract for urea condensation reactions.

In the thermolysis/hydrolysis of urea under conditions of the exhaust tract, non-radical, homogeneous reaction pathways were shown to be unimportant. According to the results of our quantum chemical calculations, homogeneous water catalysis may play a role in the formation of unwanted urea-condensation products, but further investigations are needed. Kinetic data of key reactions in the combustion of different alternative fuels (dimethoxymethane, 2,5-dimethylfuran) were experimentally determined. For investigations in the temperature range between 600 and 900 K, a heated flow reactor was set up that can be used to study both urea derivatives and alternative fuels.

The experimental studies in the temperature range T = 300−600 K at pressures between 0.1 and 100 bar are performed in slow-flow reactors with laser flash-photolysis for radical production and laser-induced fluorescence for time-resolved radical detection. At temperatures above 900 K and pressures ranging from 0.5 to 5 bar, shock tubes with time-resolved optical and mass-spectrometric detection methods are used. Moreover, a universal heated flow reactor with molecular beam sampling and mass-spectrometric detection, covering the temperature range from 600 to 900 K at pressures up to 1 bar was set up during the first work period.

For the prediction and/or theoretical analysis of rate coefficients for selected elementary chemical steps, statistical rate theory with molecular data obtained from quantum chemical calculations is used. Canonical transition state theory or master equations for thermal and chemical activation with energy-specific rate coefficients from RRKM theory or the Statistical Adiabatic Channel Model allow for a reliable description/extrapolation of the temperature and pressure dependence of the observable rate coefficients.

The characterization of chemical reaction pathways in the thermolysis/hydrolysis of urea and urea-derived compounds will be continued with additional emphasis on heterogeneous steps. The investigation of alternative fuels will be extended to the mechanisms and the elementary chemical steps occurring in the combustion of methyl formate and dimethyl carbonate.

The main goal of this subproject is the experimental and theoretical determination of kinetic parameters for implementation into chemical reaction mechanisms. The subsequent mechanism reduction necessary for computational fluid dynamics modeling is accomplished in subprojects B07 (exhaust tract) and B06 (internal combustion engine). From these two subprojects, information about the sensitivity of the process parameters with respect to the provided kinetic data is given back to B04. The reduced mechanisms will be used in C03 and C05. The kinetic models for urea thermolysis/hydrolysis are developed in close collaboration with subprojects B05 and C04. Possible effects of walls and sampling devices in shock-tube experiments are characterized in collaboration with B02.